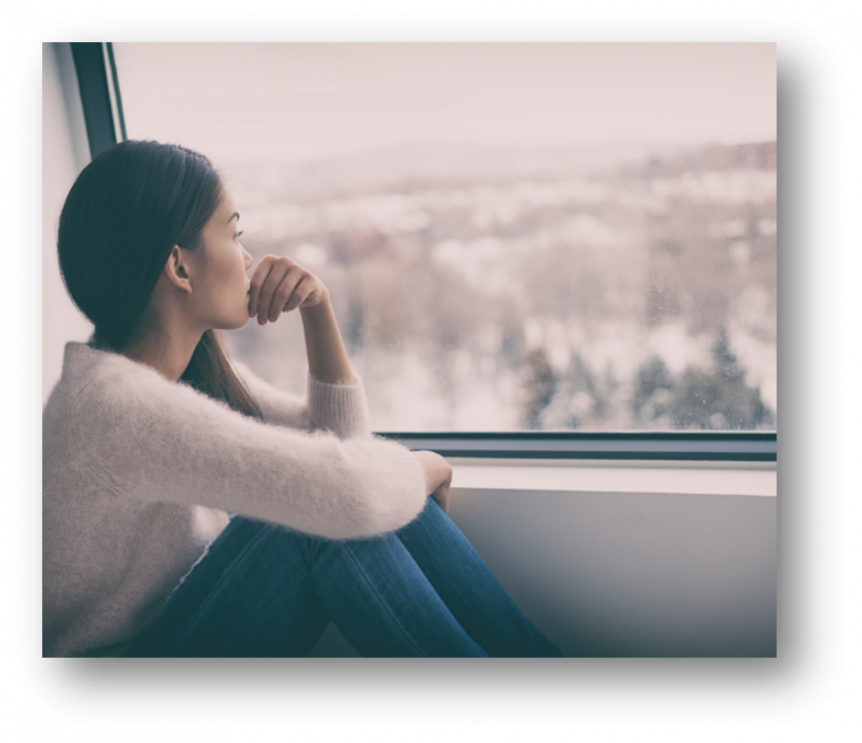 With the cold weather, rain and less light hours in our day, many of us feel a sense of gloom at times during winter. Unfortunately for some, this is more than a passing mood. Seasonal affective disorder
(SAD) refers to clinical depression that is connected with season changes and is also referred toto as ‘winter depression’ and ‘seasonal’ depression. SAD begins in autumn and ends at the closing of the winter months easing during spring. SAD is a type of depressive disorder and is not
merely ‘winter blues’. It can start at any age, but typically commences between the ages of
18 and 30.

SAD was originally thought of as Major Depression however, has now been identified as a separate condition caused by the effects of the winter season – specifically the decrease in sunlight and daylight – have on the body and brain. There are a range of different effects which have now been identified as involved in the biochemical imbalance in the brain which cause SAD.
Research suggest that the brain in people with SAD might have difficulty regulating the chemical serotonin, which is a neurotransmitter (chemical in the brain) responsible for balancing mood. In addition, research also suggests that during summer months, sunlight keeps SERT (a protein that assists with serotonin transport) levels low. In winter, SERT levels become too high leading to lower serotonin activity and thus, low mood.

.
Melatonin is another brain chemical which investigations have shown to be involved in SAD. Melatonin is a hormone involved in sleep – it increases feelings of sleepiness and lethargy allowing the body to fall to sleep at night. However, in the bodies of people SAD too much melatonin is created causing them to feel lethargic at times when they need to be active. This makes it more difficult to adjust to seasonal changes and contributes to development of Seasonal Affect Disorder. Furthermore, autumn and winter often leads to less outdoor exposure to sunlight on the skin in, which may cause less production of Vitamin D (which also plays a role in serotonin activity. Deficiency and insufficiency of Vitamin D has also been associated with clinical depression
symptoms.

What to watch out for:

SAD has been effectively treated with a number of approaches including light
therapy, antidepressant medications, counselling including Cognitive Behavioural Therapy (CBT) or
some combination of these. Although symptoms will generally improve on their own as
seasons change, symptoms can improve more quickly with treatment. Providing people with support and strategies during the period they are unwell helps them to maintain functioning and for example, keep employment, maintain relationships, cope with low mood effectively.